Positive effects of green areas on the workplace 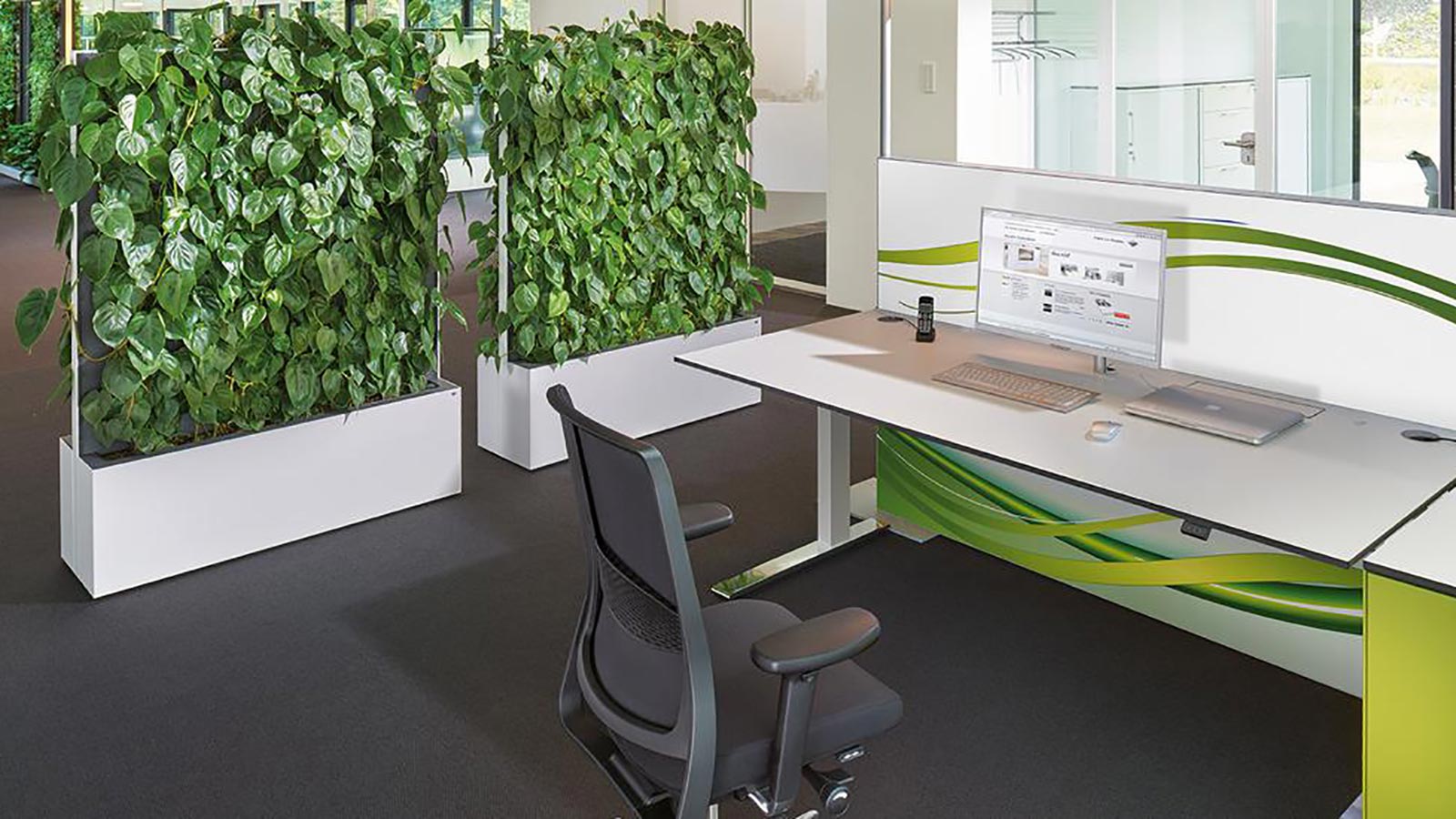 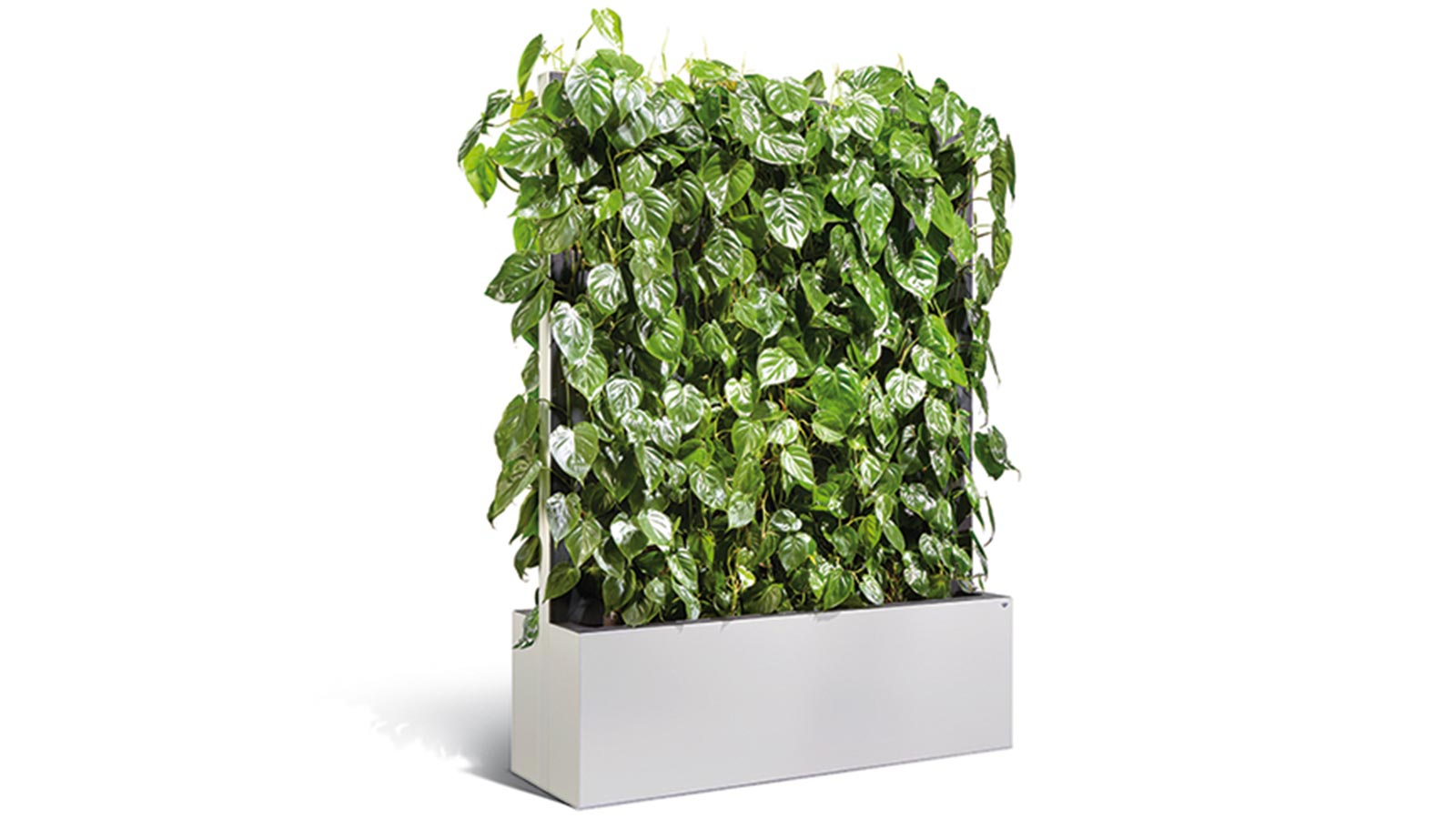 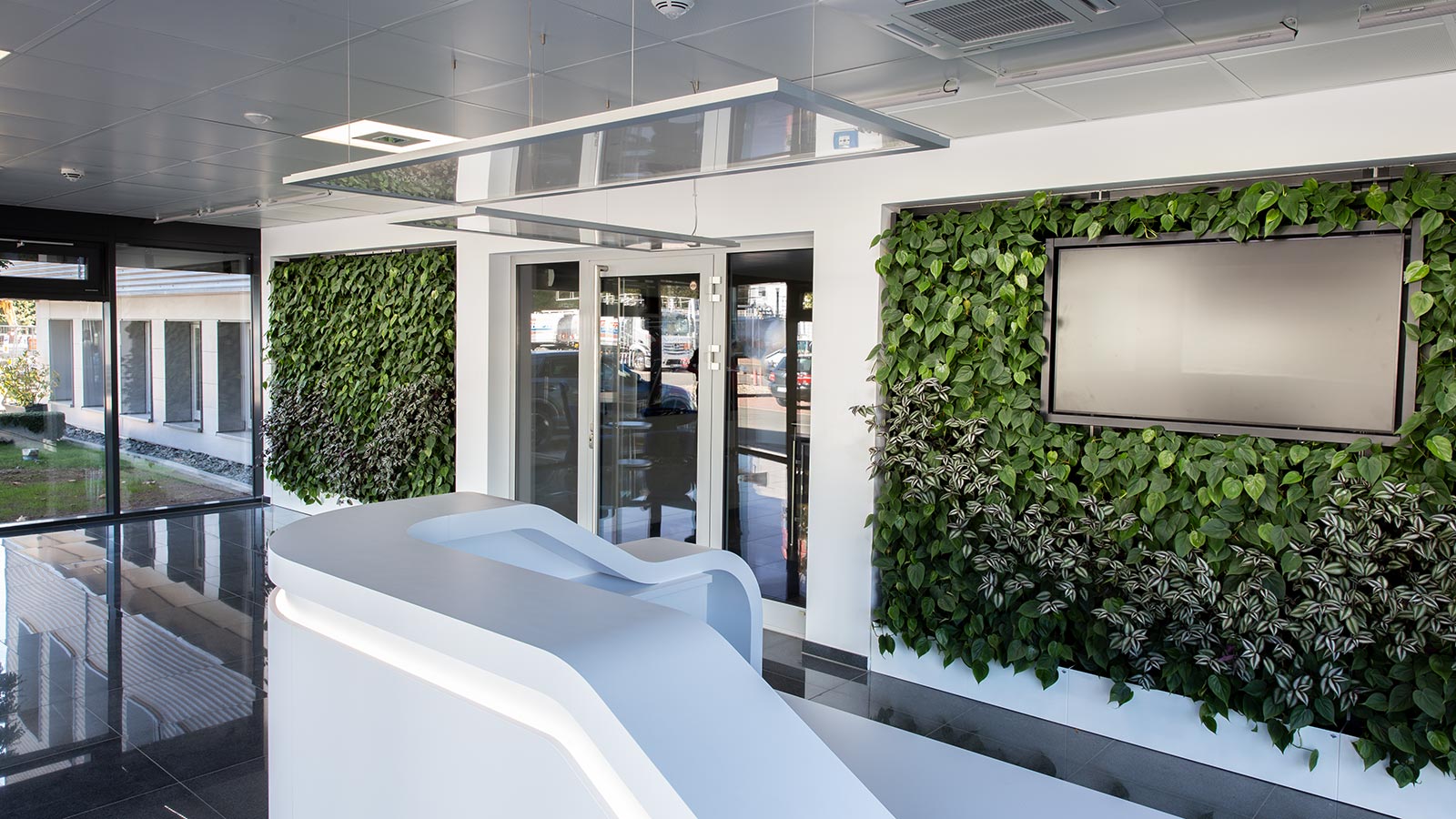 Integrating green plants into the working environment is more than just a trend: Research on the topic of interior greening has confirmed the positive effects that natural elements have on people in terms of their health, well-being, and comfort.

Back in 1984, Edward O. Wilson coined the phrase “biophilia” with the hypothesis that people have a genetically determined need to be in harmony with nature. Kellert and co. later established a link with biophilic approaches with Biophilic design:This involves incorporating natural elements such as water, plants, and sound into the design of buildings. The aim is to create a natural environment indoors. (1)

Many studies have confirmed that people feel best in an environment that has a connection with nature. In earlier times, a lot of work was still performed outdoors, but due to the changes in the world of work, day-to-day work is now mainly performed indoors. For this reason, biophilic principles of design are increasingly being applied in the office environment. Integrating natural objects has a positive effect on the physical and mental health of office workers. (2) (3)

Plants are living things and they create an organic working environment that people find particularly pleasing. Certain plant species have the ability to filter pollutants out of the air in the room and help to increase humidity. To achieve an increase in the indoor humidity, however, a large number of plants is needed. A wall of greenery is particularly suitable for indoor spaces, for example hedge elements and green walls. These elements can be combined with water walls to create the perfect interplay for achieving a comfortable indoor climate, that has a positive effect on the concentration and performance of the employees. (4)

The findings of the 2014 Green Office study, carried out by the Fraunhofer Institute for Industrial Engineering IAO, also confirmed that there is a steady increase in economically efficient and resource-sparing construction and operation of office properties in Germany. Green properties increase the level of comfort experienced by users and have the added benefit of enhancing health. Furthermore, particular attention is given to ecological interior fittings in the design of sustainable office spaces. “Green building” is highly sought-after and is set to become even more important in the future. (5)

Although 43% of all office workers still have no green plants in their workspace, there are also positive examples of companies impressing their employees with a “green office.”

A study by BMW AG has confirmed that a green office promotes employee health and raises personal well-being. The reason for carrying out this internal study was that health complaints such as respiratory problems, tension, and dryness were particularly high among employees working at computer workstations. The employee survey found the main criticism of the typical open-plan office to be the climate. The negative aspects of air-conditioning were considered particularly disruptive at all times, such as drafts, bad air quality, low humidity, electrostatic charging, and seasonal temperature fluctuations. Targeted office greening aims to actively reduce the complaints.

The results spoke for themselves: Employee well-being increased significantly and the green office proved highly popular with the workforce.

The employees perceived a significant improvement in the air quality in the plant office. Scientific investigations on the parameters CO² and levels of bacteria, acoustics, temperature, humidity, and concentration of hazardous substances confirmed these personal impressions. In addition to the positive effect of plants on the room temperature, plants can also help to optimize humidity when used to cover an entire area.
In comparison with reference offices without plants, the levels of bacteria in the green office were found to be 70% lower. Plants are able to break down hazardous substances such as acetone, benzene, nicotine, and formaldehyde. The acoustic measurements in the plant office also produced very pleasing results. The sound-absorption surface area in the green office was almost 50% greater than the specified minimum requirement specified by the legislator.6(6)